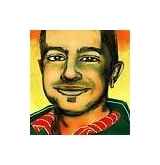 Real Name:
Giosuè Impellizzeri
Profile:
The man behind DJ Gio MC-505 is Giosuè Impellizzeri, italian music journalist, DJ, producer, writer of books about the electronic music and label owner.
He begins the music career in 1992 with Techno and Acid House but the first step as producer started in 1998 when he created the first tracks with Groovebox Roland Mc-505 (the inspirator of his alias). He is music journalist since the mid of 90s, he programmed a videogame's soundtrack (in 2005) and has compiled radio shows (from 2002 to 2006).
After a collaboration with Francesco Passantino and Francesco Zappalà for Tractorecords and Laboraudio, in 2010 he has founded his own label called Sauroid.
Sites:
djgiomc505.com, MySpace, Facebook, mixcloud.com
Aliases:
Giosuè Impellizzeri
Variations:
Viewing All | DJ Gio MC-505
DJ Gio MC - 505, DJ Gio MC 505