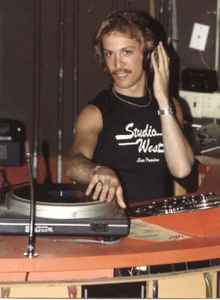 Real Name:
Cameron Paul
Profile:
One of the pioneers of remixing - Cameron Paul started mixing in clubs in 1977. Had his first radio mix show on San Francisco's KSOL in 1983. Moved his show to KMEL in 1987 bringing his high ratings with him and making KMEL #1 in the San Francisco Bay Area. That same year he remixed Salt 'n Pepa's "Push It", turning it into a platinum record. Cameron remixed virtually every hot dance record for his DJ remix service, "Mixx-It".

March 13, 2022
What a Beautiful person he was.. The greatest mixer of all time.. He started the quick mix style that is still being done till this day.. Cameron paul will be missed FOREVER.. He deserves a spot in the rock n roll Hall of fame.. Love you Brother.. Woooop woop.

January 17, 2019
A true remix pioneer. I always looked out for his work and still enjoy tracking down whatever i can find from him.

April 5, 2018
RIP Cameron Paul ... Thanks for all your inspiration and love for music and dj-ing.