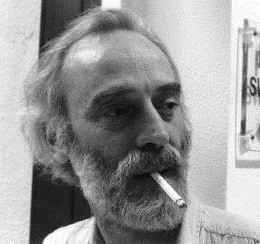 Real Name:
Javier Krahe De Salas
Profile:
Georges Brassens and Leonard Cohen are the masters of the Madrid songwriter Javier Krahe. Born in 1944, and died on 2015 july 12th, began studying economics, which he left to work in cinema. With 30 years and residing in Canada raises pursue music, beginning to develop an outstanding rhyme, after the publication of his "Valle De Lágrimas", he lands definitely in Madrid, where he was part of the spectacle that unfolded, with Joaquín Sabina and Alberto Pérez Lapastora, in "La Mandrágora". After attending a concert in 1986 in Sabina, where harsh criticism poured the ambiguity of the Spanish government, began to be away from the media landscape. Begins a long journey through small theaters and pubs that still continues today, leaving the way legendary albums like "Versos De Tornillo" or "Cinturón Negro De Karaoke".