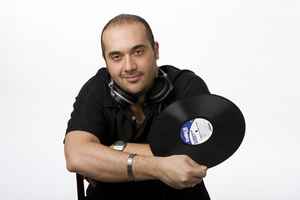 Profile:
As a DJ in the clubs and on-air with Z103.5 FM, weekdays 12p-1p with the highly rated ‘Wayback Lunch’, Monday-Thursday 5p-6p with ‘The Drive @ 5 Streetmix’ and Fridays 4p-6p with ‘The Extended Streetmix’, Danny D has come to be known as “The People’s DJ.” His genuine love of music lends to his success as a DJ. In 2005, he took that sound into music production, and has proven to be a successful independent artist. Danny was nominated in the ‘Best Dance Recording’ category at the 2007 Juno Awards, for his debut single ‘Airbreak’. He has sold over a half-a-million mixed CD compilations (featuring his own remixes and original productions). Most recently, he had the honour of mixing the legendary ‘Much Dance’ 2015, 2017 and 2019 compilations, released nationally across Canada. When not working, he loves spending time with his son Joseph and daughter Valentina, and of course watching his favourite team…JUVENTUS!!!
Sites:
SoundCloud, z1035.com
Variations:
Viewing All | DJ Danny D
DJ Danny D., Danny D, Danny D., Danny-D, The People's DJ