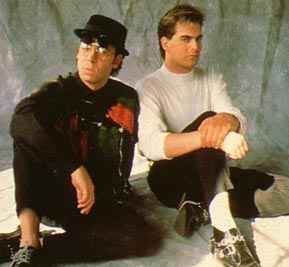 Profile:
Canadian synthpop group. The band name is a play on the “Can(adian) Con(tent)” regulations on Canadian radio.

“I Beg Your Pardon” received a 1990 Juno Award for Best Dance Recording. “Puss N’ Boots / These Boots Are Made For Walkin’” was nominated for a 1991 Juno Award in the same category.