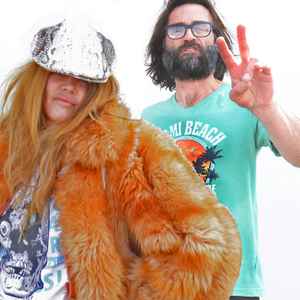 Profile:
Royal Trux are an American alternative rock band, originally active between 1987 and 2001, founded by Neil Hagerty and Jennifer Herrema.

May 7, 2022
Royal Trux will always be one of the greatest boogie bands.

November 20, 2016
Classic fucking band. They rocked. Too bad they had to split ways. My favorites include TWIN INFINITIVES (A monumental recording) and the more accessible ACCELERATOR. But there's good stuff to be found on most of their albums. If you like ROCK N ROLL check this band out :)

December 7, 2008
It was a dark and stormy night under the moonlit streets of downtown Texas. In 1995, we were ready to score a notch of noise to the earholes. Embedded in the alterapunk scene of the era was a shanty bar on the dirty side of town where the smells and jive magnetized the good luck of pranksters. At once, the fog parted and the lights rose for a steely dante duo known as the Royal Trux. In goose down camo and vintage pendants, the his and her mood swingers upon the podium rang bells like reverberated invertebrates. Without a blink, the skullbutter labium of jangle doom ceased to resist while glassy bottles on the bar tipped and communion resumed. The point of another night subtracted to moot.
See 1 reply