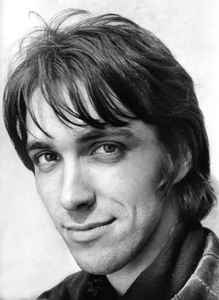 Real Name:
Сергей Анатольевич Курёхин
Profile:
Sergey Anatolyevich Kuryokhin, pianist, composer, band leader, actor, director, performer and public figure, born on June 16th, 1954 in Murmansk (USSR), died of cancer on July 9th, 1996, at the age of 42 in St. Petersburg (Russia).
He first attracted public attention as jazz pianist, playing solo, with Vladimir Chekasin, Anatoly Vapirov and others. In the early 1980s, before he was allowed to travel outside the Soviet Union, his records, released by Leo Records, as well as a number of TV programs made him one of the cult figures of the burgeoning Russian underground. In 1984 he formed Популярная Механика / Popular Mechanics Orchestra - a band, a concept and a philosophy. The band, which could be anything from a modest trio to a full blown multimedia extravaganza complete with a full symphony, a brass band, a rock group, a circus, a zoo, a gypsy singer, and whatever else his fantasy could bring up at the moment, subsequently toured most of the world. Sergey Kuryokhin's discography counts more than 40 LPs and CDs, he composed music for dozens of films worldwide. His importance however stretches beyond his documented legacy. He was most known and valued as a tireless catalyst of artistic life, as a creative force which united and formed the artistic community, as one of the strongest and most vital voices of a revolutionary era, the era which transformed the stagnant Soviet Union into new, yet unknown, but vibrant Russia.
Sites:
kuryokhin.net, Wikipedia
In Groups:
Anatoly Vapirov Trio, God's Brain, Kurbamcoj, The Sergey Kuryokhin Creative Ensemble, Аквариум, Популярная Механика
Variations:
Viewing All | Сергей Курёхин
Ilja Kurjochín, Kuriokhin, Kuryokin, S. Kurekhin, S. Kuriokhin, S. Kuryokhin, S. Kuryokhun, S.Kurekhin, S.Kuryokhin, Sergei Kuriokhin, Sergei Kuryokhin, Sergey Kuryokhin, Капитан Курехин, Курeхин, Курехин, Курёхин, С. Курехин, С. Курёхин, С.Курёхин, Сергей Курeхин, Сергей Курехин