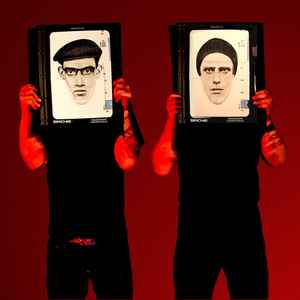 February 13, 2020
Who is the female singer who appears on later lps???
Reply  See 1 reply Notify me Helpful

December 28, 2019
My uncle first introduced me to MBM back in the mid 90's when I was in my late teens (thanks uncle Mathew, I love you from beyond, Rest In Prospects). 'Mars needs Women', 'I got the Fear' blew my understanding of how music is created/situated and sonically presented. I was into Aphex Twin, NIN and Ministry back then so this was right in my ballpark. The sound is so lofi-luxurious, sample laden and deep that it takes so many listens to get the full picture of the songs Jack makes. There are so many artists that come and go but this son of a gun takes it on and on in his own path. Buy all the releases, vinyl or not. It's very rewarding for stimulation of the mind/brain/soul experience.
Reply Notify me 5 Helpful

December 6, 2017
Hi can anyone give me some info? Ben Stokes when did he actually join MBM? Was it at the beginning or after he was DHS?
Reply  See 8 replies Notify me 1 Helpful

December 12, 2015
MBMs Suck Hard 12" + Strap Down 12" + Storm The Studio 2xLP will be everlasting milestones of bigbeat electro noise punk, such as Prodigy, KLF. In the late 80s there were no restrictions for sampling. Everyone could use everyone's music. Great time!
Reply Notify me 1 Helpful

April 21, 2009
Even if i don't know all of his works by far, i've been listening to Mr. Dangers every now and then for more than 15 years now. And I still like his music, even if my personal taste changed a lot since then. In my humble opinion, that is what few artists achieve, to consistently deliver high quality output throughout such a long time without getting boring and repeating yourself too much. Even the older stuff doesn't sound dated to me, i can still listen to "99%" (released in 1990!!) and it's still great.
Mr. Dangers has a few trademarks: his excessive, but clever & skillful use of samples, his beats are always groovy like hell and so are the basslines and that is already the essence of his tracks, which are just perfectly built from these parts.
i can't really estimate how popular he is, but it seems to me that he's quite underrated. The last live performance from MBM I witnessed here in Berlin a few years ago had a crowd of maybe 50 people, if at all, and it was the only show in Germany!! Nonetheless they (Jack Dangers + ??) did a great performance containing perfectly synchronized video parts accompanying the music.
Maybe the dilemma of MBM is that it never totally fit in one genre, ranging somewhere between their EBM roots, strong breakbeat & dub influences, even hip-hop orientated stuff, I have the feeling that they never reached the larger audience they deserved, at least here in Europe. That's just my personal view, altogether it can't be that bad if Mr. Dangers is still putting out his great "sampladelic funk" & developing his style after almost 25 years, besides being a highly respected producer & remixer for a lot of acts and projects.