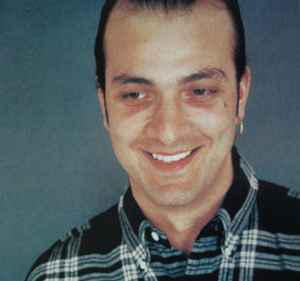 He began in the late 80s, combining residencies at The Dungeons & Crowland Rd with selling tickets for the Energy rave organisation and playing on Sunrise FM. He quickly quit his job as a postman and became a full-time DJ, choosing the name Seduction after the house track of the same name. He spent 6 months of 1991 DJing in Miami before returning to the UK and hitting the charts with Hardcore Heaven & Come On. He also briefly ran the pirate station Future FM
He then set up Impact Records (23), before starting to promote the Hardcore Heaven parties in 1994. The following year saw him hook-up with Eruption and co-promote the United Dance events until the start of 96. Around 2000 he retired from the rave scene, selling the Hardcore Heaven brand to Red Alert & Mike Slammer, and selling the rights to Impact to Slipmatt. His departure from the scene was controversial due to his involvement in a Japanese Happy Hardcore compilation that saw the artists on the album receive no money, causing a lot of bad feeling.
Around 2003 he returned to the scene with a new label, Maximum Impact, and a new event, Uproar. He spent the next 5 or so years in the scene before retiring again, selling the Uproar brand to Hixxy & Mark Lambert.
Sites:
Bandcamp, Facebook, SoundCloud
Aliases:
Bass Influence, DJ Lynx (2), Dream Sequence (2), Frenzy (13), J R Hartley, John Kalkan, Nick Wallace, Papillion, Sedders, The Godfather
Variations:
Viewing All | DJ Seduction
D.J. Seduction, DJ's Seduction, Dj Seduction, Seduction

Charging £125+ for 10 wav files of new productions is absolutely delusional. There's already many producers doing the 91-93 sound with modern equipment, and they aren't charging a fraction of that price. Worst part is that he said it was "only for the REAL rave enthusiasts", as if it was easier to scam people by at least praising them for sticking around so long. People were listening since '91 and then this happens?

What the hell?
See 2 replies