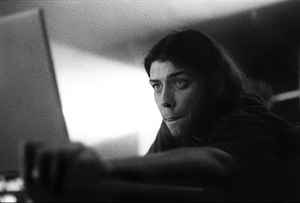 Real Name:
Olivier Moreau
Profile:
Imminent Starvation is (or was) the leading project of the prolific Belgian musician/knob-twiddler Olivier Moreau. Since the early 90s, Olivier has been something of a leading light in the field of extreme electronic music, the genre dubbed 'power noise' by many. Incessant technoid rhythms and piercing, twisted electronic noise are the two key ingredients in the Imminent Starvation's musical palette, with cold, eerie atmospheric textures adding another layer of macabre to the overall sound. His two albums and multiple vinyl and side-project releases have garnered more attention than you might expect from such an anti-commercial musical proposition, but the 'Nord' album did indeed hit the upper reaches of Germany's alternative chart (not quite up to VNV Nation levels, but significant nonetheless).

Olivier's work has been released on the Ant-Zen label, with his vinyl releases appearing on its off-shoot Hymen. This label has become the market leader in the field of rhythmic noise, with bands such as Synapscape and P.A.L also on their books. However Imminent Starvation is no more. Once 'Nord' was complete, Olivier Moreau destroyed his mixing desk, gave away the pieces as part of the limited release of 'Nord' and shortened his moniker to 'Imminent'. Whilst saving up for another desk, he shacked up with Synapscape and recorded a collaborative EP.
Sites:
tentack.com, Facebook
Aliases:
Cerebral Stroboscopic Spiral, Delta Files, Imminent, Olivier Moreau

I masqueraded as a DJ while running a store in Adelaide (AU) for a few years in the early 90's, and was known for wearing an Imminent Starvation shirt that was issued by Ant-Zen (that doesn't appear in their catalogue) because I loved the harsh cold industrial sound that Oliver created. I would always get asked about my shirt (I didn't become a vegan until many years later), and I'd get two reactions when I played Human Dislocation - they'd love it and buy a load of Ant-Zen material, or leave the store instantly. I knew I was onto a good thing that still sounds fresh after 20+ years.

Wish that shirt had lasted as long as I have...