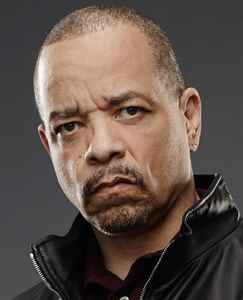 March 23, 2020
First 5 albums are all essential and of course the early 12"s. True classics. After that it all went a but hit and miss but with some good moments here and there imo. That doesn't take away the fact that Ice is one of the pioneers and legends of Hip Hop. I think he still has the skills and if he could get with the right producer(s) he could knock a late career classic out.
Reply Notify me 2 Helpful

October 14, 2019
The song you are talking about is called ‘Our most requested record’ it was released as the B side to the single ‘Somebody Gotta Do It’. It’s also available on the CD version of the Rhyme Pays album. I first heard this song on Dave Pearce’s Fresh Start to the Week in 1987 I wonder if that’s the same show you listened to?
Here is a link to the single...
https://www.discogs.com/Ice-T-Somebody-Gotta-Do-It-Pimpin-Aint-Easy/master/111132

Can anyone help? I remember hearing on a Bristish station back in 87 (or was it 88) a track by Ice T that I have never heard since... It may have been a posse record so not Ice T on his own obviously.. But it was a great track. I am being vague now in my recollection. But all I remember from what I heard was Ice T MCing and then the record suddenly abrupted and then all I remember was hearing an ambient sound situation with Ice T saying something like "Shhhh keep quiet" and as the cop sirens faded away I remember hearing straight after the sample by The Beastie Boys saying "Kick it!" and then the Ice T erupting into a hardcore rap.... As I said. A bit vague but if anyone can help with any leads that'D be great. Also, I think this was either a promo which was never released or my 46 mind is concocting fantasies? Lol ;0

Ice has been one of the rap industry's most influential and outspoken artists who always tried hard to keep rap at its peek.
Few rap artists have kept such a high profile for such a long time, gaining popularity from the general public and the up and coming youth.
Once while in England the United Kingdom Ice performed The Hunted Child live on television with Evil E on the decks, The delivery was outstanding it was such a powerful statement to this day i remember it.
Ice had so much passion you could hear it in his voice he really meant what he was saying you could imagine yourself being there in his shoes, it takes real talent to be able to recreate such tension, feeling of isolation, fear, desperation, and guilt.
Ice is a legend and i don't think anyone can replace him, "long live Ice T"