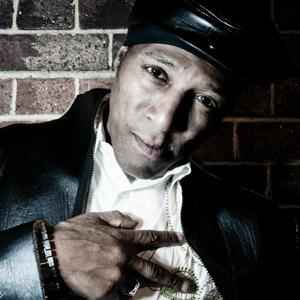 Began spinning soul, reggae, and then became well known as a house music club and radio DJ, with a career spanned roughly four decades, Anderson was Influential as an early pioneer of introducing and exposing house music into the UK, breaking many US and UK house music artists to British club and radio listeners.

In 2018, Anderson died following a long battle since 2011 with lung cancer.

December 9, 2018
Paul Trouble Anderson was my musical hero absolutely and whole heartedly 100% , his kiss 100fm shows were the best way to find out what the true musical score was DUBPLATE STYLE , Trouble would always put his all into the shows and I followed and recorded them on tape religiously and I am double happy to have kept them safe and sound , The 1st time I heard the Robinson Wall project was when trouble would IN HIS WORDS Fling it down and he broke so many US Artists like Micheal Watford etc etc , and to have been privaliigied enough to see Watford perform BABY LOVE LIVE at The Loft Hq Camden well that was a real schooling in US advanced dance music , I will never ever ever forget the Loft and Troubles shows or even his mixes for eightball records SAX IN THE OZONE DAYS , we could go on on BUT to sum it up I must say THANK YOU TROUBLE for my education and schooling in the right groove of the groove of the groove ... TUMPIN ..... RIP P.T.A...........

Paul was bonafied to his craft and taste. Never sold out. In the 90´s he broke more names on the scene in UK what he actually is credited for (according to Grant Nelson) and i believe so. He was not much active in the studio. His talent was always behind the decks.. But at the height when house was best and booming in the early to mid 90´s, he was untouchable at what he did and a present force of the underground clubs in UK. He has pretty much been in every turn of the dance scene in UK from soul, reggae and house. We looked up to Paul back then very much so that we brought him to our little town up north in Norway to play at what was then "Sub Circus" to lay down his wicked skills.
His love for music was there to the very end. When house came to a short hiatus in terms of quality (House never dies you know), his credit sort of went away for some although he never actually left anything (just the clubs). But he kept his power to spread music over the airwaves. But i always remembered him despite this. Never forgotten!
He left his last mix for Mi-Soul just weeks before he passed away. A true soldier of the scene.
Rest in Peace Paul! Stay in "Trouble".

December 2, 2018
Such a great man will be very sorely missed , rest peacefully " Trouble "