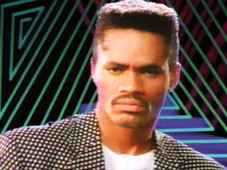 Raised in New York, Abrams was one of the first artists to bring house music into the mainstream notably with the Music Is The Answer in 1984. This began a string of dance hits that capitalised on the electronic sounds that were popular in the mid-1980s. He continued to chart on the Dance and R&B charts into the mid-1990s and released music sporadically through the early part of the 2000s. He formed his own short-lived label Colonel Records in 1996.

March 8, 2017
This is such sad news. A true pioneer of house music, from his early raw tracks to Trapped and latterly with Omar S. The Colonel will be missed.

November 27, 2016
By some accounts he was homeless last year, and had ongoing health problems sad times. R.I.P.