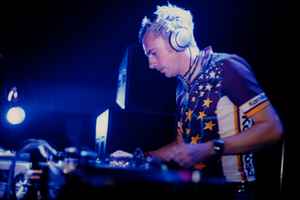 Real Name:
Nick Taylor
Profile:
Nick started producing music in Japan in 1991 as Blissed with partner Tsuyoshi Suzuki. After relocating to London in 1993 they released the album Rite of Passage with Frankfurt label Pod Communications. They then changed their name to Prana and continued to produce for the next two years releasing numerous singles and the album Cyclone with Matsuri Productions, as well as an album under the name Taiyo for French label Step 2 House. Prana also started to do live shows around Europe in the burgeoning trance scene.

In November 1995 Nick moved to Byron Bay leaving Tsuyoshi to continue the Prana name in London. Nick began various collaborations including Reflecta, Rhythmystec and Parasonix, as well as his solo project Snake Thing. He released tracks with numerous labels overseas, as well as in Australia.

Nick also began his DJ career at this time, and has since regularly played around Australia, as well as many trips overseas to places such as Japan, USA, UK, France, Germany, Sweden, Denmark, Finland, Greece, Portugal, South Africa, Chile and New Zealand.