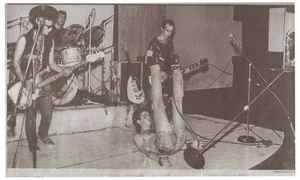 Profile:
Punk band from Toronto, Canada originally active from 1977-1980. After the split Pompeii, Paputts and Anderson formed The Secrets. Around 1983 Steven Leckie reformed The Viletones with a new line up.