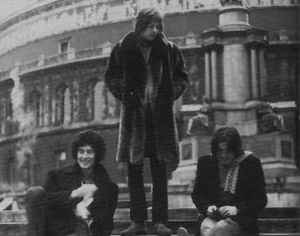 Profile:
Smile was a London-based rock band which later became Queen. The band was formed in 1968 by Brian May, who played guitar and Tim Staffell on vocals and bass and later joined by drummer Roger Taylor. The band recorded several tracks only and released one promo-single which had no success. Disbanded in 1970.