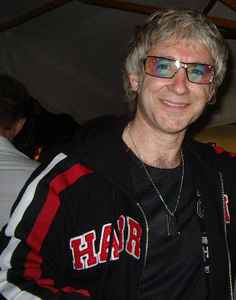 Real Name:
Luis Romano Peris Belmonte
Profile:
The artistic career of Gary Low started by chance at the beginning of the 80s when, in Italy, many English-speaking vocalists were engaged in dance projects. He was called to sing the pop song by Pierluigi Giombini, ‘You Are A Danger’, that soon was on top of the charts of many European countries. His successful career continued with ‘I Want You’ and ‘La Colegiala’, a Peruvian cumbia written by Walter Leon and originally interpreted by Rodolfo Y Su Tipica. Gary Low’s version is a symbol of the eighties and the Spanish artist sold millions of records worldwide.