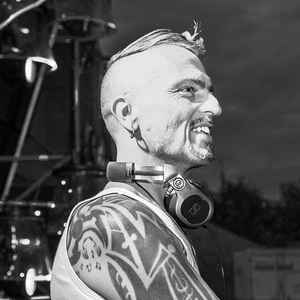 Taucher won notoriety for his unusual stage antics, appearing as a scuba diver, in a wedding dress, performing amateur ballet, and deejaying upside down. His remix of DJ Tandu's hit "Ayla" was an international club hit in Europe, and since then he has remixed for Culture Beat, Faithless, Robert Miles and Cherry Moon Trax, among others.

December 27, 2017
In late 1992 "Happiness" on 12" vinyl landed on Australian shores in very small quantity (about 20 copies) and were quickly picked up and played on high rotation. Remains a highly sort after track even in 2017. Ravers would loose their minds over this one. Early example of epic trance. Must listen to if you have not already.
See 1 reply

May 3, 2015
What a great DJ and electronic music artist! Saw DJ Taucher back in 1998 in Mexico City during the German/Mexico festivities, and saw him play twice, once at a smaller venue, and then at the massive outdoor event on the main square of Mexico City.