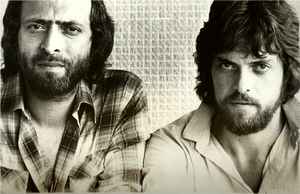 Profile:
British Rock studio project initially formed to record a concept album about Edgar Allan Poe. They became best known for the power ballad "Eye in the Sky" and the instrumental "Sirius".

November 19, 2021
What is NOT to like about this Man/Band. Agree completely with the other comments. I can't really think of a bad album that has been made by them, Eve being one of the weaker albums. Excellent use of vocals by the likes of, John Miles, Lenny Zakatek and Eric Woolfson, to name a few.
I knew he was the producer of The Dark Side but had not really heard anything from him until I heard a clip of music on the TV which I fell in love with and just had to find out who it was from. It was the opening bars from " Eye In The Sky", one of my favourite albums by him, my collection just grew from there. His ability to draw you into all of the albums with the use of different singers and instrumental tracks is fantastic. Just love the album " On Air " , being ex RAF myself I can appreciate it completely,
I would love to see them live but alas I don't think I will but am glad I found his music and never tire of playing his albums.

September 16, 2020
Nice commentary Maxal...the name Alan Parsons Project probably came into existance because of the production skills of Alan Parsons. It was never intended to be a real 'band' but rather a studio project. After producing one of the greatest albums of all time, Pink Floyd's Dark Side Of The Moon, you can easily see why Alan Parsons would continue his studio genius with his own eponomous work. The songs you mentioned, especially Old And Wise along with a few others like The Silence and I, Turn Of A Friendly Card and Eye In The Sky perfectly show how art rock can incorporate catchy hooks and melodies and yet remain interesting. The albums of Alan Parsons and contemporaries like ELO, Yes, Kansas, Queen and the like are long gone, the 70s were a time of great creativity in rock music -a time I am glad I experienced.
Reply Notify me 2 Helpful

July 1, 2020
The Alan Parsons and Eric Woolfson partnership under the Alan Parsons Project certainly deserves some words. Why the band take on Alan's name I don't know. (Did he do most of the work? I'd guess it was an equal amount of work in terms of time. Maybe one had a bigger ego than the other?) Parsons was the sound engineer / producer, so with his input the albums were exemplary in terms of sound production. However, Woolfson wrote the songs - and there are stunning songs written on their albums . . . They produced a few great, very moving, idealistic albums between them. The vocalist would change from year to year, so, unusually for a band, the group didn't centrally gravitate toward the vocalist's fame.

My brother's favourite album was the first, Poe's Tales of Mystery and Imagination. Being the first album, it is the most 'prog rock' album of all of them, with sounds forming a grand epic storyline - War of the Worlds kind of thing, moral tales, the B side is a five-part 15 minute long creation. [Silence and I from the Eye in the Sky would come back to this prog rock strcturing.]

With the following albums, they kept the idealistic bent but, leaving the epic prog rock structure, went for stronger, conventionally formed songs. For my favourite album I waiver between I Robot and Eye in the Sky - great cover artwork for both! The track, Genesis, from I Robot is a fantastic instrumental piece - it would be a good electronic choice for a positive funeral song, there is something eternal about it. For me, as soon as it starts playing it evokes a kind of all-conquering feel (conquering even death?). Its strength is not a punch, but a persistent, calming, awe-inspiring beauty. Then Don't Let It Show is a strong 'instructional' song to boost you when you're down in a cold, tough world. That positive, moralist side is a defining thing in their albums.

Though I thought I Robot would be my favourite album, along came Eye in the Sky. The title track, Eye in the Sky is an idealistic (have to say it again) love song: "I can read your mind, looking at you . . ." the lyrics are sooooo Seventies (or Sixties . . . whatever . . . a bit like the group Kansas could be, at their best), but thankfully, the perfection of the music firmly holds the good intentions, making the idealism something special. And it's not a one-off great track, the whole album fits well together. Silence and I is another standout track. Then Old and Wise is a song which can't be knocked down by anything - a pure diamond (not my favourite track, but I recognise its genius).
Reply Notify me 1 Helpful