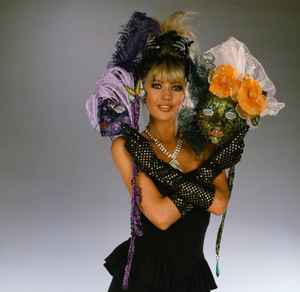 Real Name:
Amanda Louise Smith
Profile:
British pop singer and model, born 17 July 1970, known for her controversial relationship in 1983, when Smith was only 13 years old, with 47 year old Rolling Stones bassist Bill Wyman.
More than anything, this helped boost her pop career and at the age of 16 she was signed up by PWL Records. In 1987, Mandy released her debut single "I Just Can't Wait", produced by Stock, Aitken & Waterman. A string of moderately successful singles and one album followed before her recording career ended due to health problems and a British backlash on her wedding to Bill Wyman In 1988 which ended in 1991.
On 19 June 1993, she married footballer Pat Van Den Hauwe, but this only lasted two years. She published her biography "It's All Over Now" in 1993. In 2001, she was briefly engaged to Vanity Fair fashion model Ian Mosby with whom she had a son, Max Harrison Mosby.

Mandy Smith is currently a resident of Manchester where she has now become a teetotaller and vegan.
In recent years Mandy has returned to the Catholic church, set up a PR firm with her sister Nicola and does Counseling for school girls.
Sites:
plasticretro.wordpress.com, Facebook, kisspr.net, Wikipedia, Twitter
Aliases:
A Man Das
In Groups:
Ferry Aid
Variations:
Viewing All | Mandy Smith
M. Smith, Mandy, Mandy's