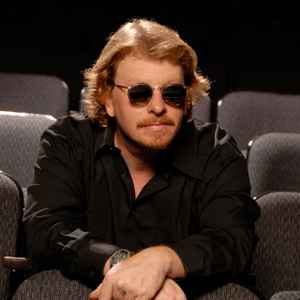 Real Name:
Joseph Stanley Williams
Profile:
Son of the famous film score composer John Williams (4). Joseph Williams was lead vocalist with Toto during the mid-to-late 1980s, and was featured on the albums "Fahrenheit" (1986) and "The Seventh One" (1988) before leaving due to personal problems. He can also be heard on the album "Toto XX" (1998) a compilation of rare and unreleased tracks, as well as co-writing and providing backing vocals on several more. He is featured on Toto's current CD, "Falling In Between".

Joseph has also been a session vocalist and can be heard on numerous other projects including:

The song "Save The Night" on the soundtrack to the children's adventure film "The Goonies" (1985).
Lead vocals on three tracks - "Walk The Wire", "History" and "When You Look In My Eyes" from Jay Graydon's "Airplay for the Planet" album (1993).
On the songs "Hakuna Matata" and "Can You Feel The Love Tonight" from Disney's animated feature film "The Lion King" (1994).
Sharing vocal duties on two albums by the a cappella covers group The West Coast All Stars; "California Dreamin'" and "Naturally" (1997/1998 respectively). The other vocalists are Bobby Kimball (another well-known Toto alumnus), Bill Champlin and Jason Scheff (from the band Chicago)(Tommy Funderburk replaced Champlin on the "Naturally" album).
Providing lead vocals to the self titled first album by the band "Vertigo" in 2003.
He was also the writer of the original English lyrics for the song Lapti Nek and the Ewok Celeration from the original 1983 release of Star Wars Episode VI: Return of the Jedi, which was scored and conducted by his father John.

Ties to the band Chicago:

When Toto's Jeff Porcaro offered Jason Scheff the job of lead vocalist (replacing Fergie Fredricksen), Jason declined having already just gotten the job as new lead vocalist for Chicago (replacing Peter Cetera). Jason however recommended Joseph to Toto instead, after Chicago had just been listening to demos with Joseph singing lead vocals earlier that day, looking for material for the Chicago 18 album. Although none of his songs ended up on the album, a song written by Joseph, What You're Missing, appeared on the earlier "16" album.
Jason Scheff was also a close friend of Joseph's brother, Mark.
Joseph and Jason have also appeared on each other's recordings.
Joseph sings background vocals on Chicago's "King of Might Have Been" on the 2006 album "XXX" as well as on "Let's Take a Lifetime" on the 1993-recorded/2008-released album "Chicago XXXII: Stone of Sisyphus".
His brother, Mark Towner Williams, is a solo and session drummer who has played drums for Air Supply and a variety of other bands. The two brothers recorded a duo album in 1990/1991, but didn't succeed in landing a record deal for the album, which was subsequently cancelled. Mark has been working on remixing the album for a possible release since 1998, however the two brothers seemingly haven't found the time to rework it for an official release. Joseph recently commented that it was difficult to find the opportunity to do as Mark currently resides in Utah and Joseph in Los Angeles. Joseph and Mark are the sons of the internationally famous and multi- Academy Award winning composer/conductor John Williams, responsible for soundtracks to the Star Wars films and nearly all of Steven Spielberg's films including Jaws, Raiders of the Lost Ark, Jurassic Park and Schindler's List.

Since leaving Toto in 1989, Williams has kept busy as a composer of film and drama scores, most notably for episodes of the science fiction series "Roswell", and "The Lyon's Den" starring Rob Lowe.

In addition to his guest spot on the last Toto album "Falling in Between", a guest spot at several Toto concerts, the second Vertigo album "Vertigo 2" has been released in 2006. Williams also released an album of cover songs in 2006 featuring piano and voice only "2 of us" and returned with 2 other voice & piano albums in 2007 (Smiles and Tears). Currently he is recording a new album, to be released in 2008.