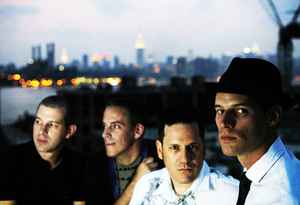 Formed in 2003 by bassist Christopher Bollman and guitarist Greg Fasolino, the Brooklyn-based quartet were inspired by the atmospheric British rock of the Eighties and related genres like shoegaze, new wave, and indie-rock, building on authentic experience as members of old-school NYC post-punk bands like The Naked and the Dead and The Children's Zoo. When frontman Nick Niles (originally from Sacramento, CA) came aboard in 2005, the unique Bell Hollow sound was finally realized.

Bell Hollow recorded their debut full-length Foxgloves (again with producer/engineer Hillary Johnson, also the band's live synth player), at Water Music in Hoboken, NJ in summer 2007. The 10-song album (including "Copper Crayon," "Eyes Like Planets," "Jamais Vu," and "Our Water Burden") was released in November 2007, debuting at 166 on the CMJ charts.

In December 2008, frontman Nick Niles left the group to pursue his own direction, and the band chose not to continue.

Digital-only EP Foxgloves Extras (consisting of the five prior remixes and three outtakes from the Foxgloves sessions) was released in December 2008, to be followed by a cover of The Prids "Contact" (on the Dots to Connect compilation), and a possible posthumous EP of final recordings.
Sites:
bellhollow.com, Bandcamp, Facebook
Members:
Christopher Bollman, Greg Fasolino, Hayden Millsteed, Nick Niles, Todd Karasik