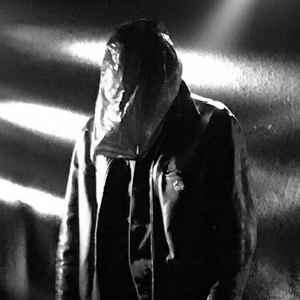 February 11, 2022
Back in Summer 2010, I was getting into the Noise genre more and more, but something bothered me with most of the releases: they were too dynamic. Of course, I like dynamic and explosive sounds too, but my mood, my taste tends more into constant, unchanging things. Those sounds keep my calm, focused, yet I can sleep to them. First I've tried some "typical" Harsh Noise, but those also made things "bad" with their random feedbacks and changes. I remember that it was a long walk in June. I've downloaded Vomir's 'Proanomie' to my mp3 player. I've pressed the play button, and listened the material for like 5-6 minutes, and said this to myself:
- This is going well, but I don't think this will be the whole album. Some change, some clumsiness will appear soon.
As the minutes passed, nothing changed. Everything remained the same. The same texture, the some... thing. No vocals with lyrics, what tell me what to feel. No instruments or rhythm, to feel my limbs move to it. It was just the wall, and me.
I had some things to do after 15 minutes, but I let the track keep going. When I looked back into it with the 60 minutes mark: it was the same tasteful static. It never changed. I was very happy, almost euphoric. Felt a bit weird at the first time about the likeness of this HNW thing, but whatever: this was what I was looking for the whole time. Vomir's sound - and other HNW artists and my own HNW works in the later years - helped me in so many situations, that I can't even count it. This thing was never about to show something, but to being there without being "there"... you hear it, yet you don't feel it as you do with most of your music. But enough of this nonsense. I just want to thank Romain Perrot, and for the existence of this genre, that I am still here and be able to do things.

"No dynamics, no change, no development, no ideas"
Reply Notify me 1 Helpful

November 3, 2021
the worst of the worst that you can find in the realm of noise. Listen to Burned Mind instead
Reply Notify me 2 Helpful

September 18, 2021
there should be boring noise like style; and puré black bag...
Reply Notify me Helpful

Can someone explain the appeal of this?
I like Harsh Noise, like Whitehouse and Gerogerigege when it actually eveolves and got highs and lows
but this is just distorted white noise for 3000 minutes