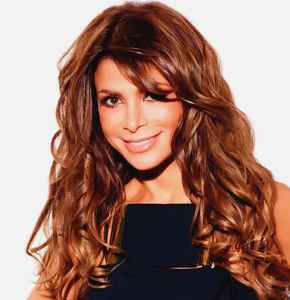 Paula Abdul began her career in Los Angeles as a choreographer for music videos. Inevitably, she moved on to making music videos of her own. She was an MTV fixture in the 80's, but has maintained a much lower musical profile since. Occasional forays into acting for television have been attempted, with her role as a judge on the TV show "American Idol" being her latest claim to fame.
Sites:
paulaabdul.com, Facebook, instagram.com, Twitter, Wikipedia, YouTube
In Groups:
The Cheer Girls
Variations:
Viewing All | Paula Abdul
Abdul, P. Abdul, P.Abdul, Paul Abdual, Paul Abdul, Paul J. Abdul, Paula Apdul, Paula J. Abdul, Poula Abdul, Пола Абдул, ポーラ・アブドゥル, ポーラ・アブドル

March 15, 2022
Paula Abdul deserves a Deluxe Edition treatment on all her albums! Come On @CherryRedRecords!!!

June 6, 2020
HER success was a surprise for her too. Because she never thought that she would become a multi platinum artist

There are two ways of considering Paula Abdul. Either you see her as a third-rate Madonna, a dancing Sam Fox, releasing cheesy disposable 80's pop/dance. Or you focus on the silly-but-catchy lyrics (State of Attraction : "such a mess / such a partay feeling / I must confess / I never felt like this before" - and I don't even speak of "Opposites Attract" ones !), the choreographies for Janet Jackson, the amazing remixes by Shep Pettibone ("Knocked out"), Steve Silk Hurley ("Vibeology" oh my goodness !) or Keith Cohen ("Opposites Attract"), and then you've got to acknowledge that Paula deserves more than the dread "80's dance" label ! For sure it's not Janet, and she doesn't sing like Mariah, but who cares ? Like Kylie Minogue, she's simply a real dance music figure, and I really miss her