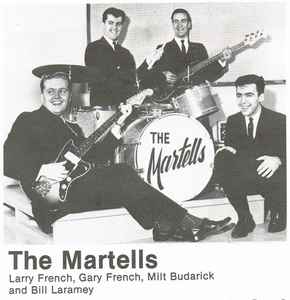 After leaving Curtola, the band toured across Canada and recorded with stars as Del Shannon, The Stampeders and Chuck Berry, disbanding in the late 1960s. In 1979, the band reunited and continued playing together until disbanding in 2015. For their second incarnation, the band members also included Madeleine French on vocals & piano, Dr. Sax (a.k.a. Russ Strathdee) on saxophone and Bill Chambers, formerly of Canadian band Lisle, on guitar & vocals. The second incarnation disbanded at the end of 2015.
Variations:
Viewing All | The Martells (9)
The Martels