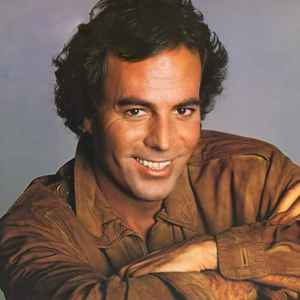 Spanish singer, songwriter and record producer. Julio Iglesias is recognized as the most commercially successful continental European singer in the world and one of the top record sellers in music history, having sold more than 300 million records worldwide in 14 languages.

In 1983, Julio Iglesias was celebrated as having recorded songs in the most languages in the world, and in 2013 for being the artist in Latin music with the most records sold in history. In April 2013 in Beijing, he was honoured as the most popular international artist in China. In Brazil, Argentina, France, Italy, Romania, Russia, Japan, South Africa, elsewhere, Julio Iglesias is the most successful foreign record seller, while in his home country, Spain, he has sold the most records in history, with 25 million records.

During his career, Julio Iglesias has won many awards in the music industry, including the Grammy, Latin Grammy, World Music Award, Billboard Music Award, American Music Award. He has been awarded the Gold Medal for Merit in the Fine Arts of Spain and the Legion of Honour of France. UNICEF named him Special Ambassador for the Performing Arts in 1989. He has had a star on the Hollywood Walk of Fame since 1985.

In 1997, Julio Iglesias was the first Latin artist to win the ASCAP (American Society of Composers, Authors and Publishers).

In April 2013, Julio Iglesias was inducted into the Latin Songwriters Hall of Fame.

In May 2015, Berklee College of Music, the largest independent college of music in the world, named Julio Iglesias Doctor Honoris Causa, for his achievements and his influence on music at a universal level.

In 2016, Julio Iglesias has been awarded The BrandLaureate Legendary Award, by the Asia Pacific Brands Foundation, in recognition of his achievements as the legendary music icon whose name is renowned as a remarkable force to be reckoned with in the fields of music and entertainment.

August 30, 2021
Brilliant. So underestimated by the Discogs public. Listen to 'Starry Night'.