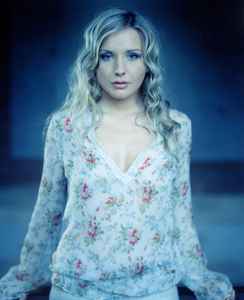 Profile:
Fragma, or the Fragma Project are a German dance project, originally comprising four members. Founded in 1998 by brothers Dirk and Marco Duderstadt, they produced their first single "Toca Me" with experienced record producer, Ramon Zenker. When it was released the following year, it topped several dance charts around the world, and reached number 11 in the UK Singles Chart.

In 2000, a mash-up, "Toca's Miracle" was produced by DJ Vimto, taking the music of Fragma's "Toca Me" and placing the vocals from Coco's 1996 release "I Need A Miracle" over the top, which gained further attention from DJs Pete Tong and Judge Jules. The vocals were not re-recorded by Coco and a release was made, and went straight to number one in the UK chart, and was popular in Australia and Ireland. An album was released in 2001; Toca, as well as two other singles; "Everytime You Need Me" (UK number 3 hit), which featured vocals by Maria Rubia, and "You Are Alive" (UK number 4 hit) with vocals by Damae.

2002 saw the Duderstadts set up their own studio, called Evergreen-Terrace. The same year saw Fragma still operating with vocalist Damae, and releasing a second album; Embrace, with hit singles such as "Say That You're Here", "Embrace Me", "Man In The Moon" and "Time And Time Again".

Dirk and Marco are also currently working as a duo under their surname Duderstadt. Two singles have been released under this name; "Sunrise" and "Taking Over" on Gang Go Records. A third single, "Mahananda" was released in 2005 on a new lecord label called Afterglow Records. Followed by the 4th single Muhanjala in 2006 and 5th Single feat. The UK Singer Anita Kelsey called "Smile" in 2007. In 2006, Fragma released the new single "Radio Waves" together with Kirsty Hawkshaw.

In late 2007 a remix of Toca Me was released the "In Petto 2008 Remix". 2008 saw the release of Toca's Miracle 2008 again with the iconic vocals of "I Need a Miracle" by Universal artist Coco Star. The EMI territory release also features 'Toca Me 2008', new In Petto remixes, much different from the original In Petto mixes. The release of Toca's Miracle 2008 has resulted in much success, making the Top 5 on the World Dance charts, #1 on the Brazil Dance Charts, and #2 on the Australian ARIA Club Charts.
After this they released "Memory" and in 2009 "Forever And A Day", which where also the last releases where Dirk & Marco Duderstadt where involved. After "Oops Sorry" in 2010 they also did collaborations with Jesus Luz ("What Do You Want" 2010), Plastik Funk ("What Love Can Do" 2011), DJs from Mars ("Insane (In Da Brain)" 2011) and Akil Wingate ("Where Do We Go" 2012).
After the release "Thousand Times" in 2012 Damae left the project.
End of 2017 Fragma started again with live shows which will be presented by the german singer Tess.
Sites:
Facebook, instagram.com
Members:
Daniela M. E. Klein, Dirk Duderstadt, Marco Duderstadt, Ramon Zenker
Variations:
Viewing All | Fragma
Toga's