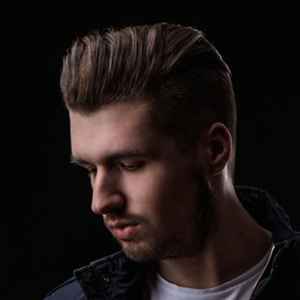 Real Name:
Alex Schulz
Profile:
Since the age of 5, Stuttgart born producer and DJ Alex Schulz started playing the piano. Music always was an important companion in his life.
In 2014 he gained attention through his music productions posted on Soundcloud.

Especially his track „In the morning light“ attracted loads of attention. This Song brought him onto Robin Schulz’s debut album „Prayer“ and into German Airplay at the end of 2014. At the beginning of 2015 „In the morning light“ received a global Single release and landed in the Germany Top 100 iTunes main charts.
Same year Schulz released his 2. Single „Ways“ which reached the million clicks on his Soundcloud Profil in one month. „Ways“ made its way onto the official Tomorrowland Compilation and received support from DJs like Thomas Jack, Sam Feldt, Möwe and Kygo.

From that moment on Alex Schulz wasn’t a nobody anymore in the Deep House scene. He remixed top hits like „Headlights“ from Robin Schulz or „Goodbye“ from Feder. He did remixes for labels like Sony Music or Spinning Records and had DJ gigs all around the globe.

2016 more remixes quickly followed including German superstar DJ Felix Jaehn and Original Songs. Alex Schulz posted all of them on Youtube and Soundcloud and and received support from world famous Dj Tiësto. Almost every time he reaches a million views in a short time which brought him more awareness.
His third single „Keep on Reaching“ was published on Armin van Buurens label Armada in 2017. „Keep on Reaching“ was often played by famous US radio station Sirius XM Chill and reached 2 million plays on Spotify in no time. Same year Schulz released his fourth single „Be my Lover“ which was co-produced by world famous DJ Sam Feldt.

„Be my Lover“ made top 10 Dutch iTunes Charts, third place in iTunes Dance Charts and was played over and over in Dutch radio stations.
Meanwhile the song has been streamed over 19 million times an Spotify.
In 2018 Alex Schulz released his newest single „EASY“ on disco:wax. The Danish label released tracks from artists such as Hardwell, Bob Sinclar, Axwell und Martin Garrix.

Alex Schulz reached with his music over 100 million people all over the world and there is more to come.