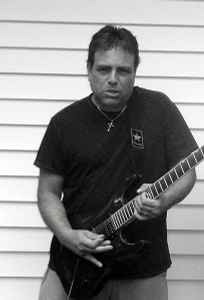 Real Name:
Anthony Bramante
Profile:
American guitarist, performed with NY Thrashers Nuclear Assault from 1985 until 1992 when he quit the band. He was involved with the band's reformation until 2002 when commitments at home led to his departure.