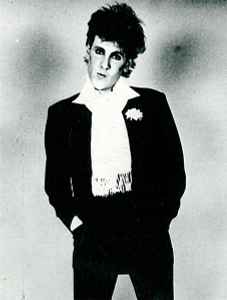 He had a massive hit in 1977 with “Ça Plane Pour Moi” (the second ever French language single in the Billboard Top 100, where it climbed up to number 39), although rumours abound that he allegedly didn’t perform vocals on this track. As he was unable to make it on time to the recording studio, vocals duties were allegedly taken over by producer Lou Deprijck. 33 years later, in July 2010, Plastic Bertrand admitted it was in fact Lou Deprijck who was heard on the hit single.

In the early Eighties he was invited to join the cast of “ABBAcadabra”, a musical inspired by ABBA songs. His song called “Mon nez, mon nez” (My nose, my nose) was set to the music of “Money Money Money”. In 1987 he represented Luxembourg in the Eurovision Song Contest with the song “Amour Amour”. It scored 4 points, placing 21st out of 22. In 1988 he had a hit with “Slave To The Beat”, which sold quite well and was one of the many 80’s covers that the “Presidents of the United States of America” used to bang out at live gigs.

Concerts by funkateer45
New Wave 1976-1980 by M.Isaev
Artists performing under a pseudonym, stage name or nickname (a name other than their real or birth name) by Sacstracks
Artists I've Seen Live by egir
“The Encyclopedia Of Punk” by crimsonmetal74
Top 40 Favourite 70s Punk Rock Artists by BAHAMABOY
Tu Cara Me Suena 5 [2016] España. by AaromGustinmondir
View More Lists →