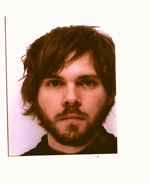 Profile:
Alexander Schubert was born in 1979 in Bremen and studied computer science and biology in Leipzig focusing on neuroinformatics and cognitive science. During his studies he has worked as a musician and composer in a variety of different environments. In addition to this, Schubert worked for one year at the ZKM (Centre for Art and Media) in Karlsruhe at the Institute for Music and Acoustics. In 2007 he started a degree in multimedia composition at the Hamburg Academy for Music and Drama, which he finished with a concert exam at the end of 2009.

Schubert’s research interest explores cross-genre interfaces between acoustic and electronic music. Musical pieces for audio tapes and the formal notation of compositions for live electronics belong just as much to his work as the design of software-setups and manipulation / design of instruments for an intuitive handling in an improvised context (see “Weapon of Choice”). A permanent focus of his work is the combination of notated and improvised music – both in aesthetics and structure. His technical training is the basis of a differentiated utilization and individual design of sound synthesis and controllers (e.g. in the installation „A Set of Dots“).

Since 2009 he focuses on sensor-based gestural composition in both his writing and research activities (as a PhD student). In this work field he is contributing to international conferences and researches with various institutes worldwide. The combination of aesthetic, technical and scientific aspects of this interdisciplinary approach have encountered a very positive reception.