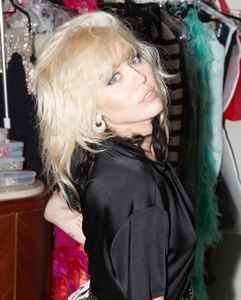 May 19, 2021
Can’t believe she ignores the need for vinyl pressings for so many of her own records like @ miley feed your fans.

January 14, 2012
I am a die hard Miley Cyrus collector! I am a huge fan! Suprisingly There's barely anything Updated in here by her! I hope they update with the other formats and releases by Miley soon!

June 26, 2010
Hooya. It's your local hatemonger again, irionman. I am completely surprised that no one has reviewed this odd little teen yet, and you all will probably not be too surprised as per the direction that I'll be taking with this review.

Miley Cyrus, daughter of a millionaire of course, is one of my most hated artists of the decade. Hey, if my dad had millions to pamper me with, I'd probably be making crappy music through Disney too, but luckily, I was not so fortunate. This girl started off making the Hannah Montana Disney shit, and she has now moved on to rap? Holy hell, since when do you see that. Kudos to her for switching up the style. (Saw that nice girl on girl kiss...way to go Disney, sure picked a winner)

Anyways, when it comes to Disney pop, I never have anything good to say about it. You can never beat the classic Disney tunes, and you all know the ones I'm talking about. (The ones before the headset, the massive ammount of pre-pubescent fans etc...) This crap is all focused around the stereotypical popular girl. Now, you find people out there who go gaga over this chick because they claim that her music is inspirational. Now, I don't know what type of dream world they live in, but in real life, none of the crap that she sings about ever really happens. (Unless your dad is a millionaire)And back on the genre of teen pop, I really, really hate it when artists fill up songs with words like "Yeah" or "Mmmmhmmm". Go figure that this girl was no exception.

I do actually have something good to say about this artist though. At least she broke through Disney for a bit and went into a new genre, a genre that most parents won't let their little daughters go crazy over. However, her rap/hip-hop is so dull, so much based off of her dance, that it is almost completely pointless. Granted, rap is not what it used to be. Now, it is all a show and dance competition. A "who looks better on stage" type of thing. That being said, I know that everyone saw that kiss she preformed during "Can't Be Tamed", and I'm sure that you all saw the controversy over that. My standpoint on it: Good for her on doing it. Sure, it sends a bad message to the young little girls out there, the whole rogue teen thing, but at least the isn't all prepped out to be a Disney spokesperson. (Gotta admit, she isn't that bad looking either) The only thing I'd really like to see with Cyrus about now is this: Drop the whole Hannah Montana thing completely and write your own song lyrics completely. Once she does this, I will respect her, but until then, I will not. She also needs to stop the dancing. There is a difference between dancing and just showing off your body, and she tends to do the latter of the two.

Well, I better just wrap this one up before I get way off topic and start bashing this artist into the dirt. All in all, I give Miley a 10/100. That is the highest rating I have ever given a popstar, but it still sucks. Hell, I would not doubt that this chick will turn into another Britney Spears in a few years. Just give it time..."LEAVE MILEY ALONE!!!!"
See 2 replies