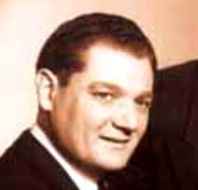 Real Name:
Israel Brodsky
Profile:
Please use Tepper-Bennett when "Bennett & Tepper are listed together in songwriting credits (apart from cases of collaboration with an additional artist).

American songwriter (born August 12, 1918 in Brooklyn, NY, and died July 2, 2015 in Queens, NY) known for the songs he wrote with Sid Tepper that spawned several hits for Elvis Presley. Between 1945 and 1970, Tepper and Bennett published over 300 songs.

Roy Bennett graduated from Thomas Jefferson High School in the East New York neighborhood in Brooklyn. He then studied music at City College of New York. Although blessed with a good singing voice, he chose to pursue his lifelong interest in writing words and music. His career plans, however, were interrupted by World War II when he served with the United States Army Air Forces. After the war he joined ASCAP and worked as a staff writer for Mills Music, Inc. (now EMI Mills Music Inc.)