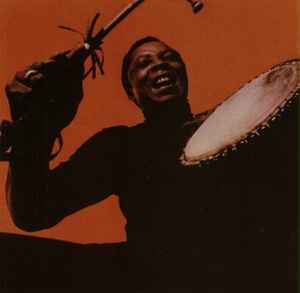 Real Name:
Folorunso Johnson
Profile:
Born Folorunso Johnson in Lagos, Nigeria, Ginger got his nickname because the hot sun turned his hair red and brought out his freckles. Possibly there is some Celtic blood in him, but he only admits to African and Brazilian heritage. Leaving home during World War II, Ginger became a sailor and his roaming took him to most jazz clubs of note in the world. Finally he came to England, and during the 1950's played with such names as Paul Adam, Harry Parry and Edmundo Ros. Forming his own Afro-Cuban band was the next step , and so the African Messengers were born. " All the music that we do is based firmly on African traditions," Ginger says. "So is rhythm and blues - but we try to get nearer the source, right down to the grass roots of the jungle - the sun, the heat, the insects, the abundance of life. And we overlay the whole with jazz - saxophone, guitar, brass, flute, and sometimes piano - because jazz is also derived from the old sources of Africa." Part of the compulsive beat is supplied by the 'talking drum' once used in the famous 'bush telegraph' system. The equivalent of the bass in Ginger's band - although he also uses an electric bass guitar - is the 'bush piano' a box-like instrument of wood fitted with thin metal tongues, which when flicked with the thumb, vibrate and give off thrumming bass notes. But Ginger's favourite instruments are his elephants feet. The elephant was killed by hunters in South Africa more than 100 years ago. The feet were hollowed out and covered with skin to form drums, and Ginger has played them for many years. They are prominent on several of his most famous songs.
Excerpts from sleeve notes by Frank Smyth, taken from the album Ginger And His African Messengers African Party.
Sites:
Wikipedia
In Groups:
Edmundo Ros & His Orchestra, Edmundo Ros And His Rumba Band, Ginger Folorunso Johnson & His Afro-Cuban Band, Ginger Johnson & His African Messengers, Harry Parry And His Sextet, Kenny Graham's Afro-Cubists, The Ronnie Scott Boptet
Variations:
Viewing All | Ginger Folorunso Johnson
"Ginger" Johnson, G. Johnson, George Folunsho Johnson, Ginger Folunsho Johnson, Ginger Johnson, Johnson

January 12, 2021
Those ginger kids have time and know to drum well