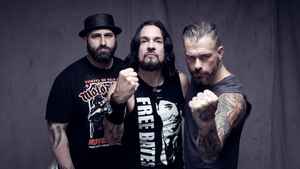 In 1996 Prong disbanded for the first time, and Victor started playing in other bands like Ministry and Danzig. He reformed the band with a different lineup in 1997, but Prong disbanded again after a US tour. In 2002 Prong was reformed again by Victor. He's been the only consistent member of the band.