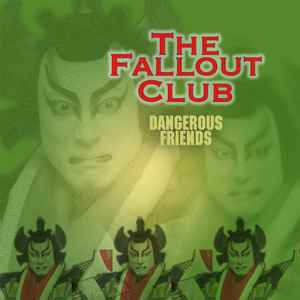 September 7, 2017
the fallout club are yet another victim of this countries obsession with twee pop crap take the likes of shoc corridor or b-movie play dalek i music for pleasure bamboo industry shall i go on because i could these are all bands with the talent to be massive yet had no backing at all if you want to talk about pop listen to the rubinoos briliant the fallout club gave us a vision of the times that kept you thinking long after the music had finished trevors death was far to early and probably an album away from making the big stage as he had always dreamed he is now playing to the biggest audience of them all R.I.P TREVOR AND THANK YOU FOR WHAT YOU GAVE US

The Fallout Club are somewhat a mystery, an odd end - very possibly even to the new wave majority the group contributed to with their minor collection of singles, most of which have been issued on a tiny, but perspective Happy Birthday Records label. Characterized by that typical 1979-80s period of post punk, wandering about between the avant-garde and pop, The Fallout Club had it all - emotion, melancholy and the groove, appealing to the disco floor.

While everyone involved shared amazing music skills between them, the group's catalogue points out to Thomas Dolby - who co-wrote and produced two of the group's three singles. On the other hand, Trevor Herion (who later released a beautiful solo album), demonstrates amazing vocal range, speaking volumes. The delightful foursome of 'Desert Song', 'Pedestrian Walkway', 'Wanderlust' and 'Dream Soldiers', are highly recommended listens, each adding a darker mood to the group's sense of adventure. A highly recommended listen. The earlier single released on the Secret label, is a masterpiece in itself, audibly an experiment in search of proper direction, very raw and closer to the experimental likes of Suicide, with Herion's predominantly spoken word bits - basically an early example of rap, accompanied by a merciless, pounding, stripped down synth beat. "Falling Years" is a crooning beauty accompanied by a strange drone bass arrangement.

Before resurfacing as a successful solo artist, Thomas Dolby made another significant minor statement with 'Low Noise' - a joint effort, also featuring some of TFC's members (the equally stunning 'Jungle Line' single, also on Happy Birthday), while the enigmatic Trevor Herion embarked upon going solo in the early 80s (the aforementioned solo album in mind is his sole release - "Beauty Life", standing up to its title to the core, along with a very very short cameo in Dolby's own megahit "She Blinded Me With Science), but later during the decade he suffered further into mental breakdown, ending his own life. Paul Simon, the group's drummer, started his own label/project AjantaMusic and in recent years he revisited some of The Fallout Club's few lost diamonds in the mine, the originals of which are still waiting to be found.