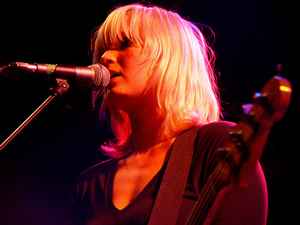 Real Name:
Sharin Foo
Profile:
Bassist and female vocalist in The Raveonettes, b. November 22, 1973. Grew up in Djursland, Jutland, Denmark. Has a music grade from the Copenhagen Rhythmic Conservatory and has studied classical Indian music in India. With no major band experience in 1999 she was approached by Sune Rose Wagner who was looking for a girl singer for a duo project that by 2001 became The Raveonettes.
Daughter of Danish/Chinese folkrock guitarist Kim Tai Foo of Djursland Spillemænd and sister of Louise Foo of Giana Factory
Sites:
Wikipedia
In Groups:
The JLP Sessions Project, The Raveonettes, Thomas Larsen Project