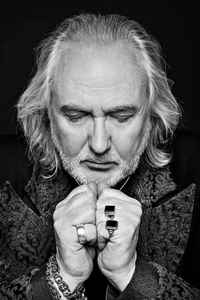 Real Name:
Joachim Richard Carl Witt
Profile:
Joachim Witt became a major star of the German pop scene during the Eighties with huge hits such as "Herbergsvater" and "Der Goldene Reiter". He was one of the biggest names of the so-called "Neue Deutsche Welle" (new German wave), which performers like Nena and Falco were also a part of.

June 15, 2017
one of the best musicians in the whole German Music history!