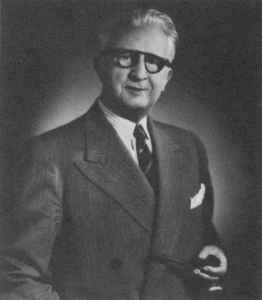 Real Name:
Otto Abels Hauerbach
Profile:
An American lyricist and librettist, known best for his work on musical comedies. Otto Harbach was born in Salt Lake City, Utah on August 18, 1873. He collaborated with many of the greatest American musical writers of the early 20th century, including George Gershwin, Jerome Kern, and Oscar Hammerstein II. He was a charter member of ASCAP and served as the organization's President from 1950-1953. Harbach died in New York City on January 24, 1963.