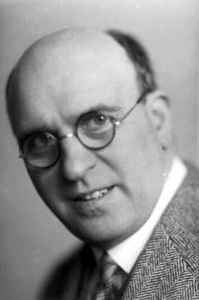 Real Name:
Friedrich Löwy
Profile:
Austrian librettist and songwriter, born 24.06.1883 in Wildenschwert, Moravia, Austria-Hungary (now Ústí nad Orlicí in the Czech Republic), died 04.12.1942 in Auschwitz, Upper Silesia, Germany (now Oświęcim in Poland). One of most popular writers by his time, as a Jew he was imprisoned after the Anschluss with Germany in 1938, first at Dachau. He was later transferred to Buchenwald, where he co-wrote the 'Buchenwaldlied." In 1942 he was transported to the Auschwitz death camp in German-occupied Poland, where he was murdered on 4 December, 1942.