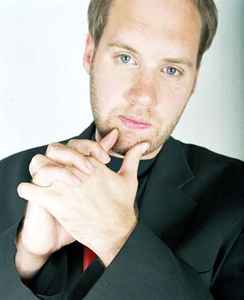 Real Name:
Christopher T. Brånn
Profile:
Growing up in Atlanta, Chris discovered house and electronic music by the somewhat long-winded way of getting sent tapes from Europe. He began assembling a home studio but it wasn't until 1994 that he began his music career in earnest and formed Wamdue Kids with DJs Deep C, aka Chris Clarke, and Udoh, aka Chris Udoh.