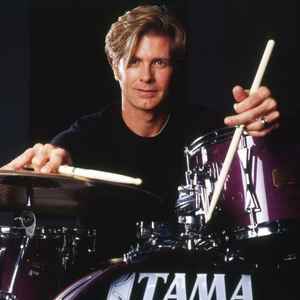 Profile:
(December 13, 1953 Cleveland, Ohio – February 7, 2018) American hard rock drummer and singer, known as the drummer and backing vocalist of the hard rock band Mr. Big. He also played for John Parr, Belinda Carlisle, Robert Plant, Montrose, Richie Kotzen and The Knack and recorded with Impellitteri and Ted Nugent. He was noted by Neil Peart for composing unique rhythms such as that of "Take Cover", a rock song from Mr. Big. He announced on July 25, 2014 that he had been diagnosed with Parkinson's disease and would be unable to perform all of his normal drumming duties but continued to play live and be a part of Mr. Big until his death.
Sites:
Wikipedia
Aliases:
Odd Man Out (18)
In Groups:
Mr. Big
Variations:
Viewing All | Pat Torpey
P. Torpey, Pat Torpy, Torpey