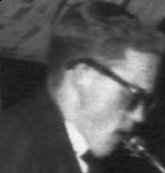 Profile:
Canadian musician (saxophone and flute), composer, arranger and vocalist from Edmonton, Alberta. In 1958 he attended the Lenox School Of Jazz studying under Dizzy Gillespie and performed as a featured soloist in Gillespie's band. In the 1960s went on to perform with the Philly Joe Jones Band, Otis Redding, B.B. King, Sonny Rollins and Willie Bobo, He returned to Edmonton in 1970 and then joined Lighthouse in 1972 for a couple albums. He ultimately returned to Edmonton in the early 1980s, performing with Big Miller and also with his own bands.
Born. March 17, 1940 in Edmonton, Alberta.
Died July 3, 1992 in Edmonton, Alberta.
In Groups:
Dizzy Gillespie Big Band, Lighthouse (2)