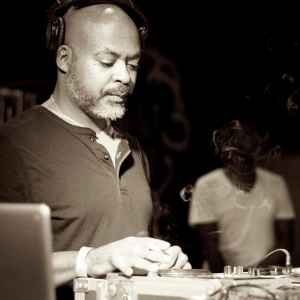 Real Name:
Alton Miller
Profile:
Growing up in the 1970s, Miller soaked up the musical environment surrounding him in the Motor City, taking a particular interest in the sounds of Motown, Philadelphia, Parliament-Funkadelic, and Santana. It was during the early '80s once the "dance music crazed" Alton became friends with a young Derrick May that he decided to start spinning records, citing Chicago DJs such as Ron Hardy and Frankie Knuckles as prime influences. By the latter part of the same decade, Miller joined forces with George Baker and Chez Damier to start the Music Institute, a short-lived but legendary Detroit club that has since become near-mythical, thanks to the pioneering techno efforts of figures such as May. Following the demise of The Music Institute, Miller took an interest in Conga drumming in addition to DJing, which led to a period between 1989 and 1991 where he toured the world with his music. He then joined forces once again with May, first as an employee of the artist's Transmat Records label (he also played bongos at Silent Phase's early shows), then as Aphrodisiac, the title under which he would begin releasing his music. Besides his EP on Transmat's sublabel Fragile, he also released his music on Kevin Saunderson's KMS and a series of EPs on Serious Grooves. By the mid to late '90s, he had increased his presence in the Detroit area through a number of DJ performances and a stream of stunning twelves. His debut album for Distance has been highly acclaimed as all things house. His current peacefrog album 'Stories Of Bohemia' is a powerful, moving collection of mature jazz tinged, soulful house grooves with flavors of African and roots music.
Alton Miller is picking up from where he left off in 2015 and rolling in 2016 on mission to make this year one of his most prolific ever. 2015 saw him re-introduce his label InnerMuse Recordings with his own signature sound on Whereabouts Known. During Movement 2016 in Detroit, Alton Miller played with Chez Damier for the first time since the Music Institute closed in 1989, during a party organized by fellow DJ Kai Alce. Alton Miller also inaugurated the new Adeen Record label with a first EP, called “More Positive Things”. He released another EP “The Vault” on Italian DJ Volcov’ record label, Neroli early October 2016.
Sites:
altonmillermusic.wordpress.com
Aliases:
Aphrodisiac (2), Man Friday (2)
In Groups:
Miller / Scott Project
Variations:
Viewing All | Alton Miller
A. Miller, Altom M, Alton, Alton M, Alton M., Alton Miler, Miller, The A.M, The AM