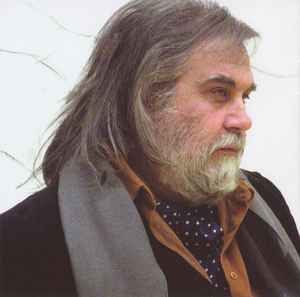 Real Name:
Ευάγγελος Οδυσσέας Παπαθανασίου (Evángelos Odysséas Papathanassíou)
Profile:
NOTE: If credited as Evangelos Papathanassiou or any other name with Papathanassiou, please use that entry!
Born on March 29, 1943 in Agria, Greece, Died from complications due to treatment of COVID-19 on May 17, 2022 in a Paris, France hospital. Vangelis started writing music when he was 4 and performed his first live concert at age 6.

I MISS YOU ALREADY VANGELI. AM PROUD THAT I AM A GREEK GUY LIKE YOU!I WILL ALWAYS LOVE YOU.THERE IS NO ONE LIKE YOU!AND THERE WILL NEVER BE AGAIN.
VANGELIS....THE GOD OF MUSIC!!!

You go but your legacy stays, RIP, keyboard lord always!!!

May 20, 2022
Jean-Michel Jarre: “Dear Vangelis,
We will all remember your unique touch and your moving melodies forever.
You & I have always shared the same passion for synthesizers and electronic music since so long…
May you Rest In Peace”
JMJ x

May 19, 2022
This one really hurts. Vangelis has been my musical muse for so long! Farewell!

May 19, 2022
RiP Evángelos and may your journey through the stars be glorious.

Exactly 3 weeks (26 April) after Klaus Schulze, another hero of mine, left us so does Evángelos Papathanassíou. And I started listening to them at about the same time in 1977. So Long Ago, So Clear. Goodbye, and Thank You!