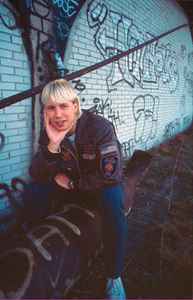 Slaghuis was born in Rijswijk, Netherlands. He was a figure in the European dance music scene in the 1980s, producing popular remixes of various hits (most notably the "Long Vocal Dutch Mix" of "I Can't Wait" by Nu Shooz). Slaghuis stated "I hated that song so much... I just has to put a hook over it." With the arrival of house music in Europe, Slaghuis took up the pseudonym Hithouse and began using his sampling techniques in this field. His best known work, "Jack to the Sound of the Underground", reached #14 on the UK Singles Chart in 1988. His next few works did not attain the same level of success, though "Jack to the Sound of the Underground" remained in public consciousness in the UK when used as the theme for both the radio and television versions of the BBC comedy show The Mary Whitehouse Experience.

He was part of the VideoKids group, which released the song "Woodpeckers from Space" in 1985, featuring Slaghuis in the video.

Slaghuis also delivered remixes to the Disco Mix Club which published them on their monthly and compilation CDs. One of his most famous mixes was Madonna's "La Isla Bonita".

November 19, 2002
Peter Slaghuis: that's Mr Hithouse's name. Why "Hithouse" then? This is quite simple: translation from Dutsh to English! Slag = Hit and Huis = House!