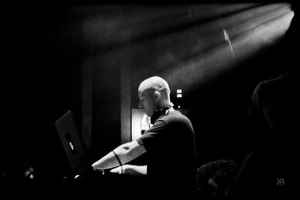 Real Name:
David Gluck
Profile:
Former member of Paris' forefront labels Logistic Records and Telegraph, David Gluck is now releasing primarily on Minibar Music as Gluck, under the monicker Spasm or together with Cabanne as the infamous techno-boy-band Ultrakurt. His other projects include his partner in life and in crime, visual & film artist Denise Pakes, who composes with him as Gazon (Antilounge rec./NL) and Nutscape Audio.

After moving to Berlin in 2003, David Gluck was made resident DJ and program manager at Berlin's Club der Visionaere, a position which he more than happily occupied until he decided to look towards new horizons and move to the Netherlands five years later. The move allowed him to reconcile with production again and a number of releases and remixes, in solo or with Ultrakurt, ensued. Another five years passed and brought new releases and new projects for Rotate and Nutscape Audio are in the works.