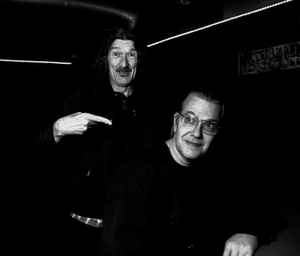 Profile:
Late 80's and early 90's Belgian duo.
T99 was first started by Patrick De Meyer releasing three solo works. Patrick later heard Olivier Abbeloos working on a track called "Anasthasia" and proposed Abbeloos to release it as T99. Abbeloos agreed if from that point on they were a group by the name of T99. They later go on together to produce their only album "Children Of Chaos".