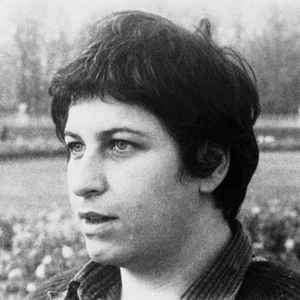 In 1957, Valeniza Zagni da Silva began to compose while studying classical music at the Conservatory of São Paulo. During the mid-sixties, she participated in several TV talent-shows while being part of the Group of Popular Music at the University of Architecture and Urbanization of São Paulo. She made her first steps as a professional, writing the music for "Homem de verdade", penned by Consuelo de Castro. The song was recorded by singer Ana Lúcia in 1962.
Valeniza made ​​her singing debut in the television show "Primeira Audição", produced by João Leão and Horácio Berlinck.

In 1966, with her first album, "Meu Eu", she came by her stage name, Tuca. She composed the music on twelve songs and wrote the lyrics on three. She participated in several singing contests organized by TV channels - which Brazilians are fond of :

In the second Festival Nacional da Música Popular Brasileira, conducted by TV Excelsior in 1966, she performed with Airto Moreira, "Porta estandarte" written by Geraldo Vandré and Fernando Lona. The song was placed first and won the 1966 Berimbau Golden Award .

2nd International Music Festival - National Sector in 1966 : she won the second place with her composition, "Cavaleiro" (Knight) penned by Geraldo Vandré.
In 1968, she competed in the Festival Nacional de Música Popular Brasileira, "O Brasil canta no Rio" (Brazil sings in Rio) promoted by TV Excelsior and the Secretariat of Tourism of Guanabara. She sang one of her composition with soprano Stella Maris, "Paixão segundo o amor" (Passion according to Love), which won third place. That same year, she signed a contract with Philips Records.

In 1969, due to political issues and rising tensions in Brazil, Tuca went to Europe and settled in Paris. In 1971, she's noticed by the French singer-songwriter Françoise Hardy and began working on her eleventh album, later known as Hardy's magnum opus "Françoise Hardy". In the same year, Tuca also played guitar on the double album of Bossa Nova standards "Dez Anos Depois" for her compatriot, Nara Leão, and worked on a single for Michel Renard, "Tango Bidon".

As for her Brazilian flavoured recordings, a few 45s were published in France and Italy, but did not meet with success. Her contract with Philips was subsequently broken.

Nevertheless, she recorded new songs with Mario De Castro in Michel Magnes' Château D'Hérouville Studios. They were the subject of an album entitled "Drácula I Love You", which was released under the brazilian label "Som Livre" (A subsidiary of TV Globo) on her return to Brazil in 1974.

She died of inanition four years later, after a severe diet with no medical accompaniment. She was 34.
Sites:
cantorasdobrasil.com.br
Aliases:
Zagni Da Silva Valenisa