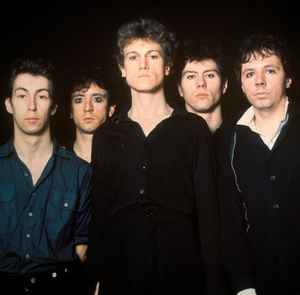 Profile:
Ultravox (earlier stylized as Ultravox!) were a British new wave band, formed in London in 1973 as Tiger Lily (2). Between 1980–86, they scored seven Top Ten albums and seventeen Top 40 singles in the UK, the most successful of which was their 1981 hit "Vienna."

The first three LP releases feature the vocals of John Foxx (real name Dennis Leigh), while the rest of the line up of Billy Currie, Warren Cann and Chris Cross were joined by Stevie Shears on guitar for the first two and Robin Simon replacing Shears for the third album, "Systems of Romance," by which the group had dropped the exclamation mark from the band name.

In 1979, John Foxx left after an American tour to pursue solo projects, with Simon also departing. Currie, Cross and Cann were subsequently joined by Midge Ure on vocals and guitar.
This became the most successful and well-known, 'classic' 80s line-up. They recorded 10 (UK) Top Twenty singles and 7 (UK) Top Twenty Albums, among them single hits such as "Vienna," "Hymn," and "Dancing With Tears In My Eyes."